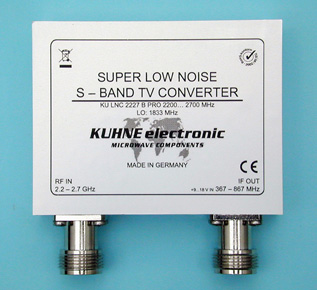 This converter was developed for MMDS applications. The S-band is converted to the UHF range 367- 867 MHz. By the use of the latest semiconductors and optimized band pass filters a high dynamic range and good frequency accuracy are achieved. Due to low frequency drift of typ. +/- 3 ppm within 0…+40 °C the converter may be used for all digital modulation types. Typical applications are DVB-S, DVB-T, WCS, COFDM and QPSK. 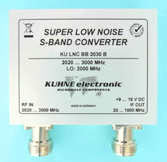